(Louis MacNeice, ‘When we were children’)

YOU MAY BE HEARING a fair amount of MacNeice over the coming months, as I’m
engaged in an attempt to get a decent Italian Selected Poems published, the 1974
Mondadori Poesie being neither well chosen nor well translated. This will obviously
entail a degree of immersion, which I’m looking forward to, having always found him
an attractive figure – a sort of Anglo-Irish Camus, I’ve often thought: both standing a
little apart from their milieu, unseduced (unlike others of their circles) by
communism, both, as it happens, what used coyly to be called “ladies’ men”, and both
dying unnecessarily before their time.
As to the coloured words, I don’t know if LM is announcing a general truth (it’s not a
childhood memory of mine) or reporting on motherless life in Carrickfergus Rectory.
Either way, ascribing colours to colourless things can be a diverting game on sleepless
nights – certainly more fun than counting sheep. For some reason I think of poetry, for
example, as bluey-green, like, say, an idealised rock-pool in a sunny country.
Just at the moment I am much obsessed with the absence of a certain person in
another continent, and that’s not easy to put a colour to. As she is gone indefinitely, I
am sometimes assailed by a traditionally black despair, but her simply not-being-there
is more usually at the other end of the spectrum, like a Venetian morning mist or fog
that insinuates itself into everything. I have been seeing a lot of that lately, having
been prescribed by a mildly woo-woo gastroenterologist a sharp walk first thing
(following a cold wash and half a lemon!). Seven to eight in the morning is quite a
busy time, it turns out, on the lagoon: all kinds of craft doggedly delivering every kind
of necessity or shooting about on mysterious urgent errands, looming out of the fog
and quickly disappearing back into it… 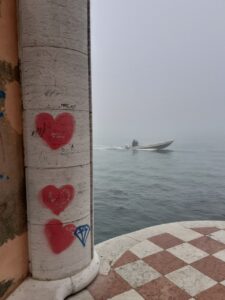 DONALD RUMSFELD AND POETRY: I often find myself mulling over DR’s much mocked but surely quite pregnant ‘known knowns’ remarks:

Reports that say that something hasn’t happened are always interesting to me, because as we know, there are known knowns; there are things we know we know. We also know there are known unknowns; that is to say we know there are some things we do not know. But there are also unknown unknowns – the ones we don’t know we don’t know. And if one looks throughout the history of our country and other free countries, it is the latter category that tends to be the difficult ones.

No doubt they were ridiculed at the time because uttered at an unlovely US Defence Department news briefing in the context of Saddam Hussein’s possession or otherwise of weapons of mass destruction, and because, well, Rumsfeld was Rumsfeld and not Plato.

He of course omitted – I doubt tellingly – the first card in the set, the unknown knowns: the things we don’t know we know, or, less positively, our ingrained assumptions – all the unexamined lumber of our minds. In a poetry context, the positive things we don’t know we know might include, say, a feeling for rhythm, or whatever it is that makes bizarre connections sprout from our minds, a facility we may even prefer to remain unexamined for fear of losing it.

The known knowns are self-explanatory: the things we know we know how to do, for example. And the known unknowns would include the things we know we don’t know how to do, the tricks we are aware of but lack: Philip Larkin wrote once to Vernon Watkins, saying something like (I can’t find the exact quote), “I wish I had your gift. If I had, I probably wouldn’t do with it what you do with it. But I wish I had it.”

But it goes without saying that the elusive golden apples are the unknown unknowns. In a sense they elude us by definition: as soon as you conceive of an unknown unknown it jumps back a category and becomes a known unknown. And it is hard to imagine what equipment you would need to go out and look for them. Perhaps it’s a fool’s errand, and we should just sit patiently out in the yard like Randall J and wait for meteorites, hoping that the odd one might be oddly shaped.

Hans Magnus Enzensberger once said to me that “Originality is overrated” and certainly I would agree that “Make it good” is a more pressing imperative than “Make it new”. Poets, or would-be poets, straining after novelty is often not a pretty sight.

But I think some part of all of us does hanker after plunging our hand into the mystical mist and coming out not with a golden apple but with some wholly unknown fruit. 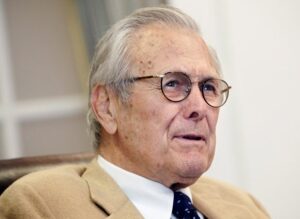 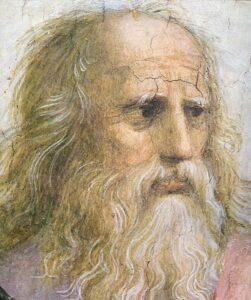 TWELVE DAYS INTO THE NEW YEAR and not a line written. Too many thoughts and not enough words, and as Mallarmé famously said (to Degas)  “ce n’est pas avec des idées qu’on fait des vers, c’est avec des mots”. Occasionally a sparkling phrase descends in the small hours and, half-awake, I think “I won’t forget that!”, but come morning inevitably have. One must hope the sparkle was illusory.
In October 1965, only ten days before his death, Randall Jarrell wrote to Adrienne Rich (of all people):
“How hard it is to write a good poem! How few good poems there are! What strange things you and I are, if we are. When we are! To have written one good poem – good used seriously – is an unlikely and marvelous thing that only a couple of hundred writers of English, at the most, have done – it’s like sitting out in the yard in the evening and having a meteorite fall in one’s lap; and yet, one can’t believe that, and tries so hard, by willing and working and wanting, to have the mailman deliver them – and feels so disappointed, even, when he doesn’t.”
To say “of all people” might seem unkind, but Ms Rich in her prime soon got tired of waiting for meteorites like ‘Mourning Picture’ to arrive, and took to ordering self-righteous chopped prose from the mailman. I think, in fact, that a bit of “willing and working and wanting” does no harm, but it’s still falling objects, and not the rattle of the mailbox, you have to be alert to.

THERE WAS A TIME – do you remember? – when, were you irked by the world or one of its representatives, you would write a letter to the Times or some other organ, beginning “Sir – Am I alone in thinking….”. Having honed this missive over slightly too much grappa, you would leave it on the kitchen table for posting in the morning, at which point, reread with sobriety, it would join the eggshells in the bin. Nowadays, of course, we have Twitter. A twitch of irritation and it’s out there. That the ridiculous ex-president of the United States spews what passes for his mind over the facility is hardly to be wondered at – he’s probably not overdeft with a fountain pen – but I wish some of our fine poets would think thrice before scattering their predictable politics and virtue-signalling before us with quite such persistence. Perhaps illogically, it makes me doubt their verses. Suppose Ezra had had the opportunity – might not the Cantos be buried with him? Stay with your lathes, boys. If you must, write a letter. And throw it away.

SOME VERY ODD SONGS OF PRAISE have been creeping into prize citations lately – ‘honest’ and ‘brave’ in particular occur with baffling frequency. If I think of some of my very favourite poems, ‘My Last Duchess’, maybe, or ‘They Flee from me that Sometime did me Seek’ or, to be more contemporary, Stuart Dischell’s ‘She Put on her Lipstick in the Dark’ or Robert Selby’s ‘Lady Thatcher’, it’s not that they are insincere or cowardly, but rather that such categories simply don’t apply. Did Selby ever live in a thatched house, or Dischell ‘meet a blind girl in Paris once’? I suspect in both cases not. Does it matter? Dischell actually begins his pantoum with a rather slippery ‘I really did meet a blind girl…’ which is quite possibly actually dishonest, if we take the speaker to be himself – but isn’t that rather a naïve thing to assume? We certainly don’t suppose Robert Browning to have ruled Ferrara in the 16th century and bumped his wife off (though you imagine Elizabeth could be quite irritating), or Thomas Wyatt to have had trouble pulling the girls after Anne Boleyn. Supposing Sir Thom had written “I flee from them that ofttimes do me seek” would he be disqualified for his lack of spunk? The truth is, of course, that bravery and honesty have no more to do with poetic merit than hair colour or favourite pudding. Do the distinguished judges not know this? If they think it elitist to look for skill, could they not commend, say, zip? 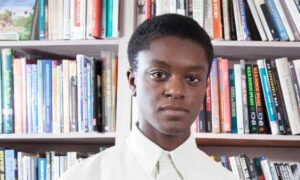 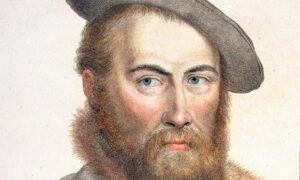 WE’VE BEEN GETTING quite high winds hurtling down our west-east canal lately, and I’ve taken to closing the shutters at night so as to be able to tilt the balcony window and let in some nocturnal air without risking its hinges. It was not, then, until pushing back those shutters this morning – and push was the word – that I found we’d had a couple of inches of settled snow overnight. I know snow’s no big deal in England where you’ve been cheerfully smashing into one another on the B-roads for a couple of weeks now; weather warnings persistently ‘in place’, in the pompous jargon of the weathermen. But here the white powder’s rarer, and pretties everything up of course, papering over the grime, making a place already given to timelessness look like a Christmas card from any decade you like. Where I am, we mercifully don’t get many tourists, so it was all children skidding to school hand-in-hand with solicitous dads (lads take, lasses collect) and dogs, not strong on memory, leaping and barking as if they’ve never before seen the stuff.We are a little out of time in other ways here too: folks, foreign residents included, tend to know each other within a sestiere – when I need to be somewhere punctually, I have to leave the house fifteen minutes early to allow for the necessary social exchanges; the newspapers, with unblushingly cheerful racism, refer to the (numerous) Chinese as “gli occhi di mandorla” (‘the almond-eyed’); the dustbinmen still come every day – yes, you filthy Anglo-Saxons, every day (except Sunday); wine can be bought sfuso (from the tap, bring your own bottle) for €2.50 a litre, from five different outlets a few minutes’ walk away (the Venetians are proverbial in the rest of Italy for their thirst). Really all we lack for is poetry, and you may think, in these days of excess, that’s not wholly to be lamented. For all the painting and music, indigenous literature has never been the Venetian forte. There’s Goldoni of course, but practically all the famous poets associated with the city have been visitors, from Petrarch through to Goethe, Pound and Brodsky. I believe Craig Raine lurks, at least intermittently, down at the other end of town. One Bartolomeo Dotti, murdered near Sant’Angelo in 1713 for his satires on those in high places, is of some interest, but even he was born in Brescia. The top wholly DOC bard is undoubtedly the highly talented – and still quite readable – cortigiana, Veronica Franco (1546-1591) – so posh a hooker was she, in fact, that when Henri III was recalled from the throne of Poland to that of France on the unexpected death of his brother Charles IX in 1574, and stopped off to be fêted in Venice along the way, part of the fêting was a night with Veronica. This might actually have been a bit of a chore for the essentially gay king, but she was, after all, a pro, and the young couple, none the worse for wear, exchanged gallant epistolary verses afterwards. 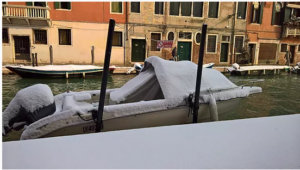